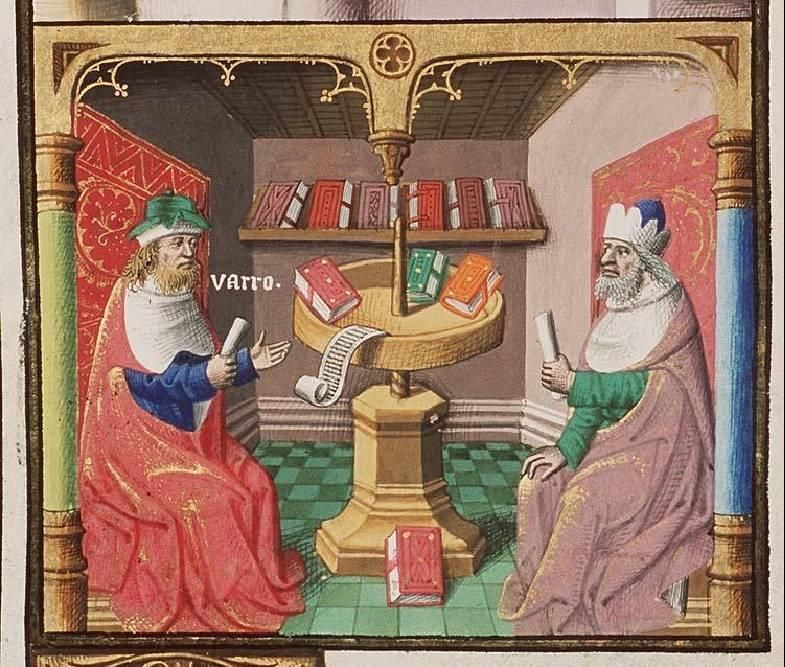 The following piece was posted by Martin Cothran, the Director of the Classical Latin School Association and the editor of Memoria Press's Classical Teacher magazine. He is the author of several books for private and home schools, including Memoria Press's Traditional Logic, Material Logic, and Classical Rhetoric programs, as well as Lingua Biblica: Old Testament Stories in Latin. It was posted July 21, 2021 on memoriapress.com.

How to Argue, by Martin Cothran

When I worked in public policy many years ago, one of my jobs was to take long policy papers from think tanks and reduce them down to one or two pages for state lawmakers. I also wrote the scripts for a popular radio show called “Point/Counterpoint” on a very large network in which two people made their case for and against some question and then rebutted each other―all in ninety seconds.

In the course of doing these things I developed my own format wherein I wrote a brief introduction to the issue, stated the facts about the issue, formulated what the issue really was, gave the argument for my own position on the issue, refuted the common arguments against my position, and then stated a conclusion.

I thought my format was quite clever and took comfort in how smart I was to have invented it. Only later did I realize that, as it turns out, Cicero had come up with this format about two thousand years before the thought had occurred to me.

Cicero laid out a six-part arrangement for an argumentative essay. Arrangement (dispositio or taxis) is the term we use for how one orders a speech or an essay. In ancient rhetoric, arrangement referred solely to the order to be observed in an oration, but the term has broadened to include all considerations of the ordering of discourse, especially on a large scale.

In addition, Cicero aligned certain rhetorical appeals articulated centuries earlier by Aristotle with specific parts of the oration. In the introduction, it is necessary for one to establish his or her own authority. Therefore, here one employs ethical appeals (ethos). In the next four parts of the oration—statement of facts, division, proof, and refutation—one chiefly employs logical arguments (logos). In the conclusion, one finishes up by employing emotional appeals (pathos).

It is in the first part, the Introduction of a speech (exordium), where one announces the subject and purpose of the discourse, and where one usually employs the persuasive appeal of ethos in order to establish credibility with the audience.

Ethos names the persuasive appeal of one’s character, especially how this character is established by means of the speech or discourse. Aristotle claimed that one needs to appear both knowledgeable about one’s subject and benevolent. Are you able to communicate with your audience that you know what you are talking about, and that you are honest? For example, Socrates, in his defense of charges of atheism and corrupting the youth of Athens, opened by humbly admitting he had never argued a case in court, and that the wisdom attributed to him by the Oracle at Delphi was only his own realization that he was not wise (and in knowing his own lack of wisdom, proving it).

In the Statement of Facts (narratio) the speaker provides a narrative account of what has happened and generally explains the nature of the case.

In Division (partitio), the speaker outlines what will follow, in accordance with what has been stated as the stasis. Stasis is both the procedure within rhetorical invention by which one asks certain questions in order to arrive at the point at issue in the debate, and the point at issue in the debate itself. Four such basic kinds of conflict were categorized by the Greeks and Romans: conjectural, definitional, qualitative, and translative.

The Proof (confirmatio) is the main body of the speech where one offers logical arguments. The appeal through logos is emphasized here.

Logos names the appeal to reason. It is accomplished in rhetoric through the use of argument, which involves giving the reasons for your conclusion, and example, in which you offer analogies or anecdotes that allow your audience to see why you are right. Logos was famously practiced by Odysseus in arguing with Achilles in the Iliad that he should come back to the battle in order to preserve his honor.

Refutation (refutatio), as the name connotes, is the section of a speech devoted to answering the counterarguments of one’s opponent. Logos is again emphasized here, but used now to show not how your argument is right, but how the contradictory argument of the person who would disagree with you is not rational.

The Conclusion (peroratio) usually sums up the case made in the entire speech, and makes it appeal through pathos.

Pathos names the appeal to emotion. This involves putting your audience in the right frame of mind, thereby making your hearers want to believe you. This is done by knowing the states of mind in which certain emotions are felt, the people by whom they are felt, and the grounds on which they are felt. In Abraham Lincoln’s Gettysburg Address, the president appealed to the honor of those who had died in that great Civil War battle to enroll his audience’s emotions in his cause.

Once I realized that it was not I but Cicero who thought up this format, I was able to gain a deeper understanding of why I was doing what I was doing, and in consequence, was able to argue better.