The Christian Church & Civilizing the West 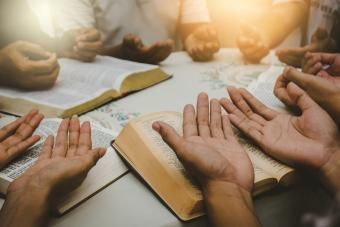 Here is an excerpt from a history book we use in 5th grade:

Though we lament, even shake our fists,  that our American freedoms are being trampled, and even mocked, by our elected leaders, things are worse than that!  I think many of us have let Uncle Sam, the Stars & Stripes, Columbia, Lady Liberty, or Old Glory be proxy warriors for the church.  Not only are they losing ground badly, they are in no place to do the church’s fighting.

If the Christian church is to be a great civilizing power again in the West, it needs to boldly affirm the truth and advance it.  The red, white, and blue is a terrific banner, but it is not the sword of truth.  The red, white, and blue has only been a terrific banner because it was raised up on ground cleared, leveled, and planted by Christian people who were church people.

I used to own a little flag company, and some of you know I’ve never been too fond of the “Christian flag.”  It’s the one often displayed in churches, with a white background, a blue canton or square in the upper left, and a red Latin cross on the blue canton.  It is a new flag, as those things go, only having been promoted and adopted in the early 20th century by American Christians.  Some of those early adopting denominations have since rejected the authority of the Scriptures.  Though the white is supposed to symbolize the purity of Christ, I’ve always thought it looks a long way towards a flag of surrender.

We don’t need a red, white, and blue Christian flag.  We need Christian families active in  churches,  believing and obeying the Word of God, and living out their faith.  This is how we will re-civilize our country.  Geneva Academy is only a small part of the solution.  The bigger part is fathers and mothers faithful at church, at home, and at work.  I hope we can all encourage each other in this!