Turks, Ottomans & Turning Our Children Over to the Enemy 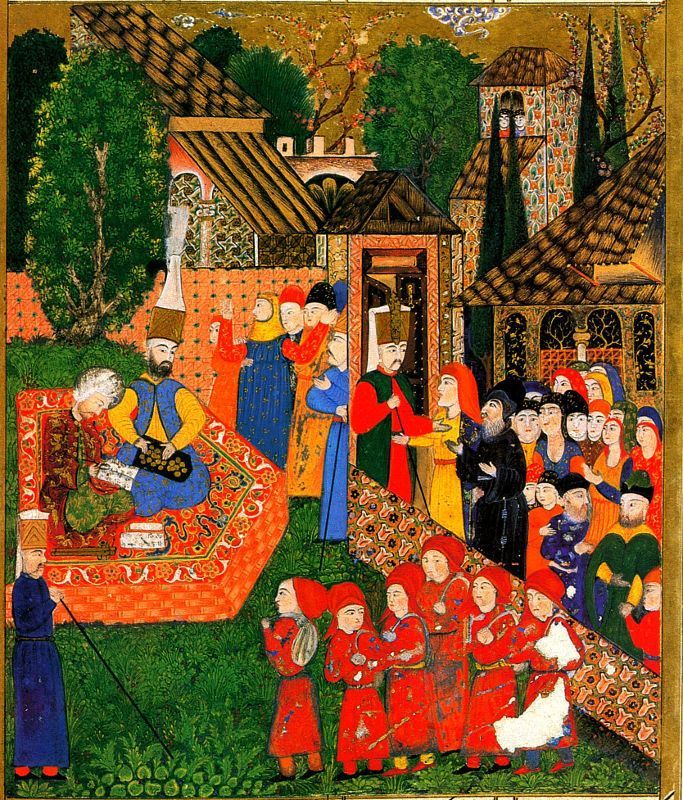 This week's word from the Headmaster is an article from the RenewaNation Review 2021 Vol. 13 No. 1

Turning Our Children Over to the Enemy
by Dr. Donald Larson

The term Janissary comes from the Turkish word "yeniceri," which means new troops. In the early 1300s, Bey (or Sultan) Murat 1 of the Ottoman Empire established the Janissaries. This was an elite corps of soldiers who elicited terror in opposing armies because of their ferocity. These troops were primarily Balkan Christians who were put in an intense monastic environment and subjected to strict Islamic training.

In the late 1300s, the devshirme system was used to recruit boys and young men, ages eight to twenty, into the Janissaries.  Devshirme was an Ottoman tax upon Christians. One boy from every forty families was conscripted. The Turks primarily selected boys from villages and small towns because they considered boys from the city to be too soft. They assessed them both physically and intellectually; they only wanted the best and the brightest.

The Janissaries were considered slaves, but they had a higher status than what we understand a slave to be. They proudly bore the name of kul, which was a slave of God (Allah). The boys were given Muslim first names and circumcised as part of their initiation into Islam. Initially, they served on Turkish farms to learn the Turkish language and Islam. Top students were selected for the Royal schools and would receive the best education in the empire. The rest would still learn Turkish, Persian, and Arabic literature, music, and basic mathematics. All were trained for combat---horseback riding, archery, and basic infantry skills. At the end of the training, they were selected for various positions, from serving in the Sultan's palace to being a basic infantryman.

Many Christian families volunteered their sons because they would receive a good education and live a better life. They became the Sultan's elite shock troops--they would attack in a dense V-shaped formation that overwhelmed their enemies. They were experts in siege warfare and were the primary force used to conquer Constantinople, Belgrade, and other European cities. These boys who were given to the Sultan became the primary tool used to defeat the Christian lands from which they came. Some of these boys killed their own Christian families who had given them to the Turks.

We do not want to become the Christian parents who turn our children over to the Turks and have our children be the ones who destroy the church in America, but we often place our wants and desires ahead of our children's spiritual lives. Too many of us choose the easy answer and turn our children over to ungodly teachers, coaches, or leaders because it is more convenient, costs less, ore seems to offer better opportunities. These are all arguments frequently given for putting our children in the public, charter, or elite private schools.

Ephesians 6:4 tells us that we are to raise our children in the fear and admonition of the Lord, as as parents, God holds us responsible for fulfilling this charge. Deuteronomy 6:4-9 (ESV) beings with the Great Shema: "Hear, O Israel: The Lord our God, the Lord is one. You shall love the Lord your God with all your heart and with all your soul and with all your might." It tells us we are to teach this to our children as we go through our lives and these words are to always be in our minds and on our lips. To accomplish this, we must ensure that our children are in a Christian environment with Christian teachers, coaches, and leaders who can partner with us and help us to raise our children with a biblical worldview.

We need to recognize that the world we live in is not friendly to gospel-centered living, and it is actively working to destroy our children's faith in Jesus Christ. Music, television, movies, and computer games, and education--some attacks are overt, but most are subtle and difficulty to recognize without training. Our children need protection as they mature in their faith and their worldview. If we turn them over to the Turks for the sake of ease, cost, or opportunity, then we should not be surprised when they turn against us--when they become the new Janissaries.