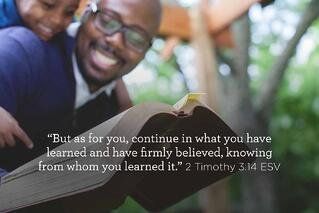 On Monday, January 4th, we started school again this morning, with prayer.  So did Congress!  You may have heard about the controversy...Democratic Representative Cleaver, who is a Methodist pastor, offered a prayer which ended in the following words:

“May the Lord make his face to shine upon us and be gracious unto us. May the Lord lift up the light of his countenance upon us and give us peace — peace in our families, peace across this land and, dare I ask, oh Lord — peace even in this chamber, now and evermore. We ask it in the name of the monotheistic god, Brahma, and god known by many names by many different faiths. Amen and A-Woman.”

The non-word “A-Woman” was immediately noticed and ridiculed, as a gender equity inclusion.  In response to the outcry,  Rep. Cleaver said that it was a “light-hearted pun” though the video shows no light-hearted delivery or exit.  Also, a pun is a joke, a play on words using different definitions of the same word, such as “Boiled eggs are hard to beat.”  What’s the pun with A-Woman?

More disturbing is that Representative Cleaver prayed in the name of Brahma.  In Hinduism, Brahma is one of a false trinity of gods, along with Vishnu the sustainer and Shiva the destroyer.  Shiva supposedly cut off one of Brahma’s heads after an argument, leaving just the four, which symbolize the wisdom he needed to create the world.  But Brahma was himself created by the supreme god Brahman and the female energy Maya, or self-birthed from a pre-existing lotus flower depending on which story one believes.

Maybe “the monotheistic god” didn’t describe Brahma, but just preceded Brahma in Rep. Cleaver’s list.  Certainly, Brahma is not part of any monotheistic system. Here is truly dangerous equity happening.  Rep. Cleaver quotes the Holy Scriptures, specifically the passage in Numbers where the Lord God Almighty instructs Moses in the blessing the priests are to give the children of Israel.  Then he equates the Author of that blessing with a Hindu god and whatever other god equivalents are in other faiths by other names.

A further sad reflection is that Representative Cleaver’s first name is Emanuel!  From the Hebrew term for the coming Messiah, the name that means “God with us.”  The One and Only Messiah!

Alas, there’s nothing lighthearted here.  An equity display of religion, truths but no Truth.  Humor that’s not funny.  A hard start to the new year.

Geneva parents, it is very important that you train up your children in the Lord, and that your sons and daughters know Truth, Beauty, and Goodness, and the single Source of all three.  Hear Paul’s instruction to Timothy:

“But you must continue in the things which you have learned and been assured of, knowing from whom you have learned them, and that from childhood you have known the Holy Scriptures, which are able to make you wise for salvation through faith which is in Christ Jesus.”  (2 Tim 3:14-15)

Let’s all pray to be faithful to our Heavenly Father this year, despite the cost, and that the students will flourish spiritually, mentally, and emotionally in 2021!