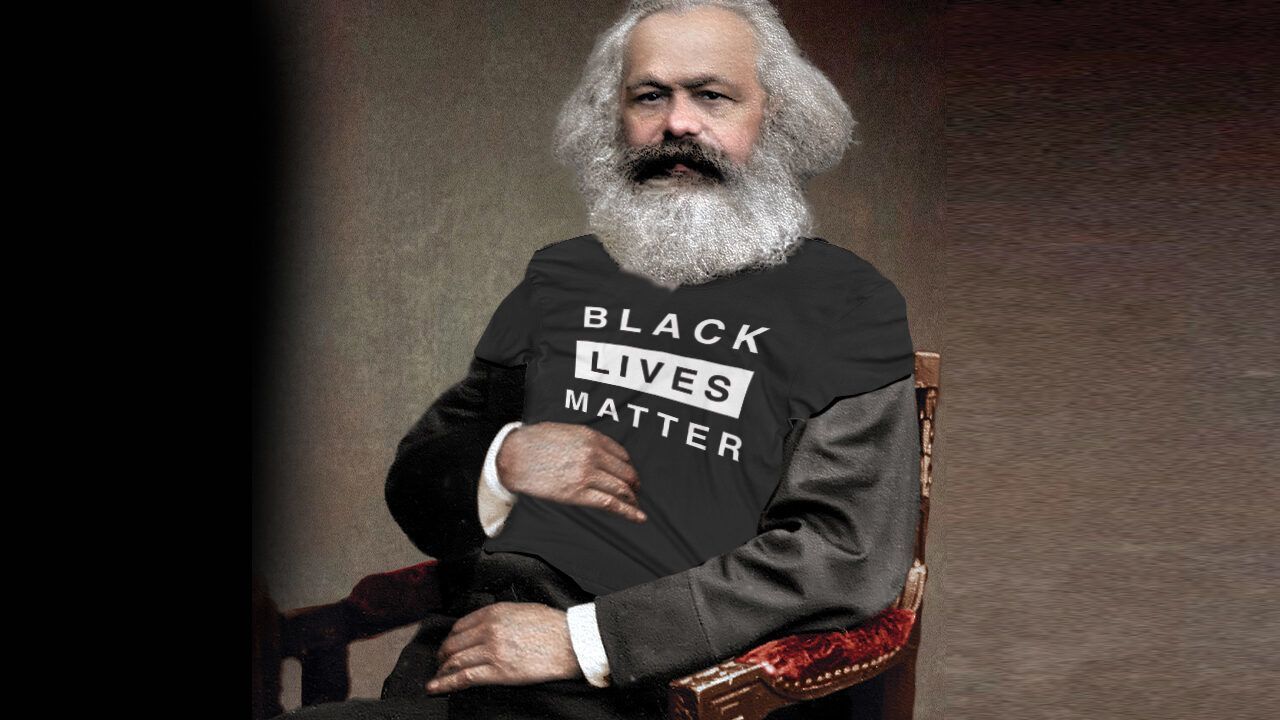 Last week, In the second article of our series on Marxism and Black Lives Matter, Dr. Kester traced the influence of the Frankfurt School and Antonio Gramsci on 20th Century Marxism.  Critical Theory expanded Marx’s ideas beyond economic oppression, and saw all kinds of cultural hegemony.  What was worse to these theorists, was that both dominant groups and the misrecognized groups are so soaked in oppression, they don’t even see it.  Some Frankfurt School thinkers thought all that might be changed if society could have truly open debate, with the lies of the dominant groups ripped apart for all to see.  But that didn’t happen, and those urging social struggle grew impatient.

This next piece picks up the strands of thinking that lead us to Black Lives Matter.  Dr. Kester writes:

Western Marxism has been interested in a Critical Theory of society that encouraged both democratic (peaceful) and violent revolution against capitalist hegemony. Critical Theory as applied to the law basically became known as the Critical Legal Studies Movement.  Critical Race Theory was a further spin-off.

In the 1970’s, Duncan Kennedy and other critics began working toward an avowedly leftist approach to law.  Kennedy taught that by use of a “hermeneutics of suspicion,” lawyers could diagnose the ideology that corrupted their opponent's wrong arguments, but certify their own “right” arguments as free from ideological distortion.   One theme of the movement was that “law is politics.” In this very pessimistic view, judicial decisions are not determined by precedent or law or principles, but are political decisions made by political actors.  In other words, they are purely arbitrary.  The idea is this: the judicial system is a tool of oppression and must be changed, via revolutionary activity, to achieve just outcomes.  Legal formalities like consistency or coherence are set aside.

In the 1980’s, a Harvard professor, Dr. Derrick Bell, adopted a racially conscious approach to legal studies and civil rights literature.   When he left to become Dean at the University of Oregon School of Law – where he still teaches! - Harvard replaced him with a white liberal instead of a person of color.  His students and others boycotted, and It is out of this boycott and related conferences that Critical Race Theory was born.  At the risk of oversimplifying, we could say that Critical Race Theory changed “capitalist hegemony“ to “white privilege”, “white supremacy” and “systematic racism.”

Bell taught that blacks were given civil rights only when it was in the interests of whites, for example, “Civil Rights” was impression management as a response to criticism of the US after the Korean War.  Bell argued that integration into civil rights norms was actually bad for blacks (see his analysis that integrated schools were of lower quality than some black only schools).

“Idealists”, he says, sees racism as simply mental constructs (if I am a racist, if I have the idea of white supremacy or black inferiority). To Bell, one should see racism as a material system of granting privileges and punishments.  This is a Materialist view of racism.  Individual intentions don’t matter.  What matters are the systematic outcomes.  Bell argues that one of the main ways hegemony is maintained is when white people claim to have no racist intentions at the same time that outcomes remain oppressive.  In shorthand, the good intentions card doesn’t work since it props up the oppressive legal system and the dominant ideology. This is the dynamic we see in the current discussions of “systemic racism.”

If we are going to overthrow the materialist system of racial oppression, we must get rid of the ideologies that are bound up with it.  This leads to revisionism, a key feature of the movement.  Martin Luther Kings “Dream” is now considered reactionary and not sufficiently race-conscious.  The idea of the American “Melting Pot” is replaced with “Multiculturalism.” Black nationalism is embraced at the expense of integrationist ideals.  This is to fundamentally change what it means to be an American.  The flag must be burnt for the new America to rise from the ashes.

Though Critical Race Theory recognizes the uses of dramatic story telling (“another unarmed black man shot by white cops”) it is not enough.   The system of white privilege is so entrenched that it must be dismantled.   We must not be distracted by argumentation about detail, especially when what is needed is revolutionary direct action.

The Black Lives Matter organization was started by three Marxist women devoted to the overthrow of white systems of power.  It began with the 2013 protests over the acquittal of Officer George Zimmerman of the charge of murdering Trayvon Martin.  Black Lives Matter is a popular movement, but is fueled by Critical Race Theory and all of the ideas written about above. This is why, when people say, “Police Lives Matter” or “All Lives Matter,” BLM activists would say those assertions, even if meant well or said by non-whites, just reinforce white hegemony and systemic oppression.

There is much more that could be said about the CRT and BLM movements, but we’ve already set length records for the blog!

I’d like to conclude with this thought:  The real transformation that is needed in society is guided by Christ, who is the light shining in the darkness.  Critical Theory, of whatever stripe, will never yield real unity, liberation, or redemption, for it rejects the Scriptures, our source of truth.

God’s Holy Word, his Living and Lively Word, and the Holy Spirit who accompanies it, are the heart of the integrated whole of knowledge that we give Geneva students, and which must be used in Godly living which lures others toward that which is True, and Beautiful and Good.    May God bless our efforts to raise up the next generation to fight this evil and ugly error.