My least favorite passage of Scripture: "I threw it into the fire, and out came this calf.” 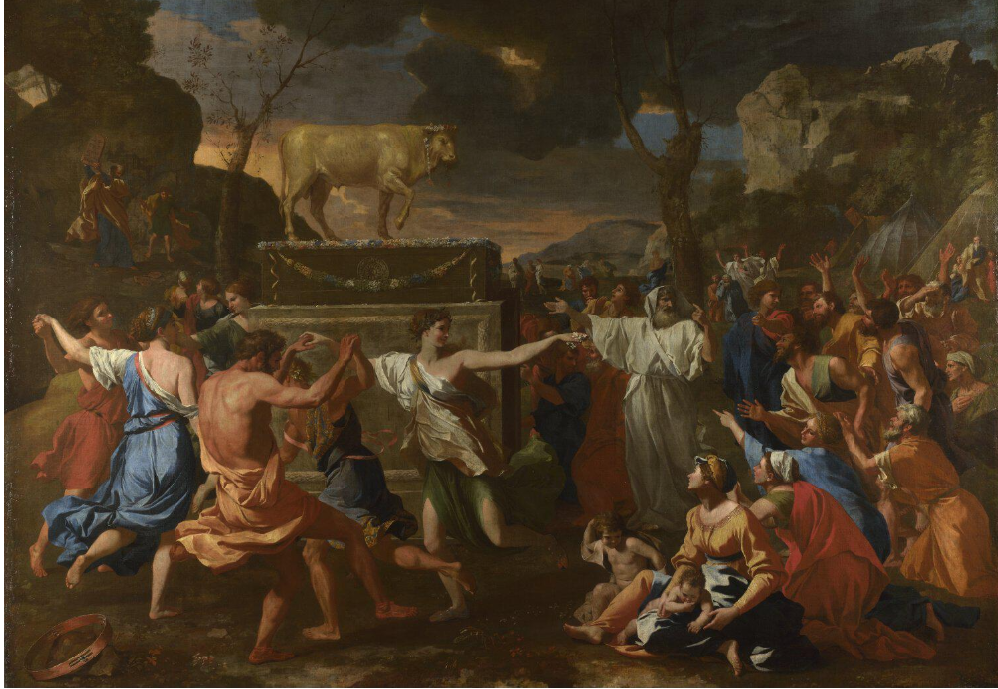 And Moses said to Aaron, “What did this people do to you that you have brought such a great sin upon them?” And Aaron said, “Let not the anger of my lord burn hot. You know the people, that they are set on evil. For they said to me, ‘Make us gods who shall go before us.  As for this Moses, the man who brought us up out of the land of Egypt, we do not know what has become of him.’  So I said to them, ‘Let any who have gold take it off.’ So they gave it to me, and I threw it into the fire, and out came this calf.”   Exodus 32:21-24

This is one of my least favorite passages of Scripture.  Aaron….how could you?  “Out came this calf”?  Really?  The people grew tired of waiting for Moses even though it had only been five or six weeks since they had all said, “All that the LORD has said we will do, and be obedient.”  Moses went up to the mountain, and seventy of the elders actually saw God (Exodus 24:10).  Then the glory of the Lord rested on Mount Sinai for six days, visible to all.  There was a promising beginning.   Yet it fell apart very fast.

Aaron does not lead the people by putting down their complaints and idolatry.  The seventy elders do not rebuke their tribes by reminding them of their vow.  The people do not restrain themselves.  They had all witnessed the deliverance of God; they had lived through it.  Aaron fashions a calf and the people proclaim, “This is your god, O Israel.”  There seems to have been intense pressure for a great party, for no sooner is there an idol to worship than there is a religious festival, a show of piety is made, and the people rise up to play.  Dancing ensues...wild dancing, lewd behavior, likely naked as the pagan peoples practiced.  This is a picture of a people let loose to do what they want in the moment.

Moses returns to the camp, smashes the tablets on the rocks, and calls out, “Whoever is on the Lord’s side - come to me!”  Then three thousand men are slain.

There are many reflections and applications that can be made from this passage.  On a personal level, are we quick to leave our promises to God, are we intent on our own pleasure, do we seek the approval of others so as to indulge ourselves less encumbered by guilt?  As leaders, are we strong and loving enough to hold fast to truth, even if other leaders back away in fear or uncertainty?  Are we willing to shut down the party?  As a people, are we forgetting Who got us here, Who gave us our laws and freedoms and churches?  Are we willingly believing lies?

I learned of Critical Race Theory last week and Intersectionalism, both trendy worldviews coming out of Marxism that the political left has embraced and has actively been teaching the nation’s youth.  A core belief is that our country was born of oppression, that we got where we are by the hegemony of privileged groups, most notably white, native-born, heterosexual, Christian men.  The children of Israel willfully set aside all they had seen, all they knew, the Holy One Himself, and embraced a ridiculous “religion” that satisfied their own lusts.  Are we not there?

Part of my cringing when I read Exodus 32 is knowing that the passage can be held up as a mirror to any group of people that has ever known of God, and that includes me.  Praise God for His grace that restrains evil both in us and around us!

The generation that danced before the golden calf did not enter God’s rest.  The writer of Hebrews speaks of them, and then says to the church:

“Take care, brothers, lest there be in any of you an evil, unbelieving heart, leading you to fall away from the living God. But exhort one another every day, as long as it is called “today,” that none of you may be hardened by the deceitfulness of sin.”  Hebrews 3:12-13

Let’s do this at Geneva, and in all the churches we’re a part of!