When a Guy 2,400 Years Ago Predicts Current Events 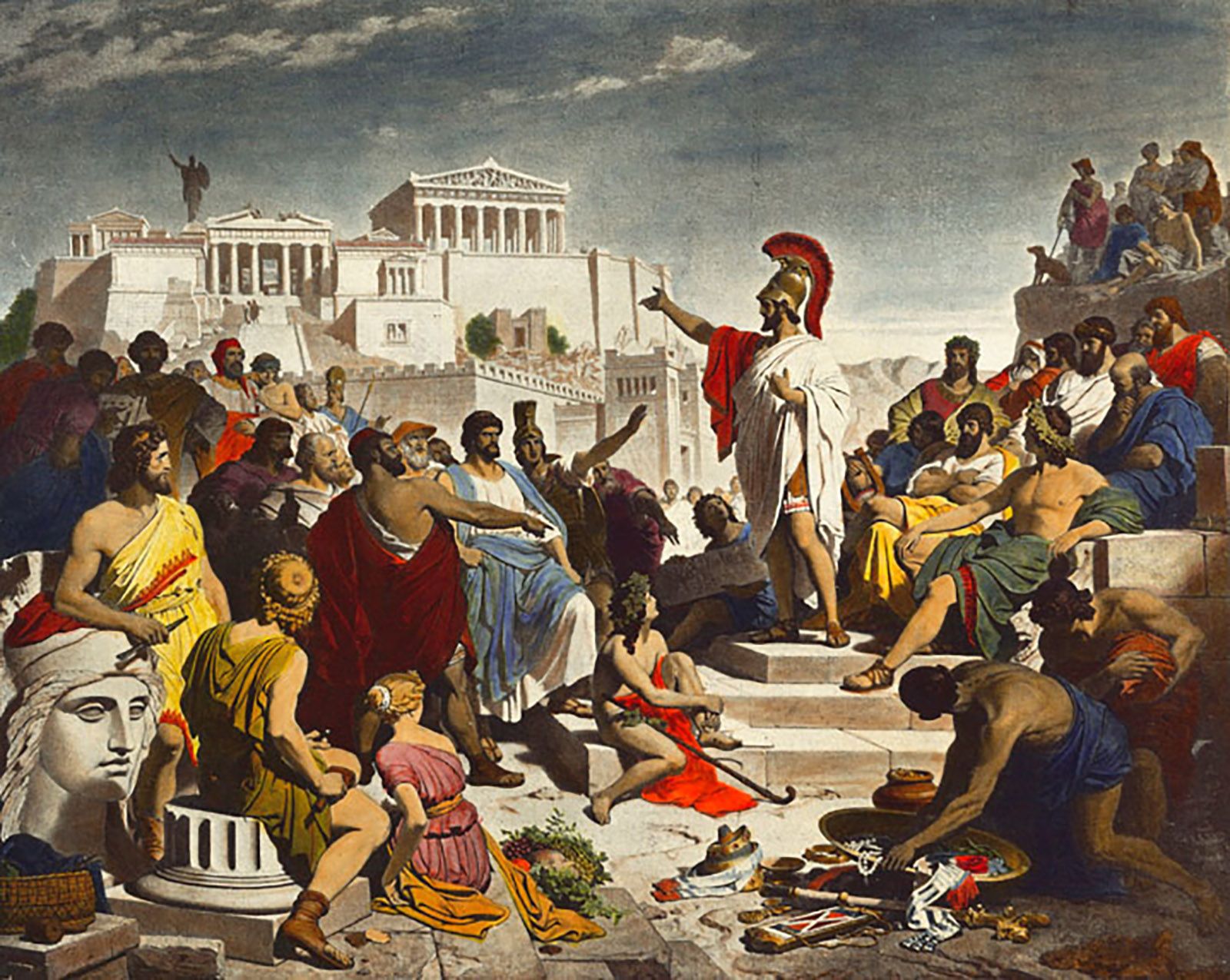 I read a piece recently that reiterated why I am so passionate about teaching students with a classical Christian approach.

The point of studying history is not dates, names, and facts...

The point of studying history is to drink the wisdom of the dead.

It is to recognize that the same trends of human behavior run through our veins.

Our students start studying the Great Works of Literature in 7th Grade and learn early on how to recognize these trends. Our 10th Graders read and discuss Thucydides, the "guy who predicted current events 2,400 years ago."

They learn that we must remain vigilant, especially when we see old trends sprouting new limbs. And lastly, while history is wisdom, it's not a savior--that title belongs to Christ.

Thucydides describes the outbreak of civil war on the northern island of Corcyra in 427 BC:

So revolutions broke out in city after city, and in places where the revolutions occurred late the knowledge of what had happened previously in other places caused still new extravagances of revolutionary zeal, expressed by an elaboration in the methods of seizing power and by unheard-of atrocities in revenge. To fit in with the change of events, words, too, had to change their usual meanings. What used to be described as a thoughtless act of aggression was now regarded as the courage one would expect to find in a party member; to think of the future and wait was merely another way of saying one was a coward; any idea of moderation was just an attempt to disguise one’s unmanly character; ability to understand a question from all sides meant that one was totally unfitted for action. Fanatical enthusiasm was the mark of a real man, and to plot against an enemy behind his back was perfectly legitimate self-defense. Anyone who held violent opinions could always be trusted, and anyone who objected to them became a suspect. To plot successfully was a sign of intelligence, but it was still cleverer to see that a plot was hatching. If one attempted to provide against having to do either, one was disrupting the unity of the party and acting out of fear of the opposition. In short, it was equally praiseworthy to get one’s blow in first against someone who was going to do wrong, and to denounce someone who had no intention of doing any wrong at all. Family relations were a weaker tie than party membership, since party members were more ready to go to any extreme for any reason whatever. These parties were not formed to enjoy the benefits of the established laws, but to acquire power by overthrowing the existing regime; and the members of these parties felt confidence in each other not because of any fellowship in a religious communion, but because they were partners in crime. If an opponent made a reasonable speech, the party in power, so far from giving it a generous reception, took every precaution to see that it had no practical effect.

Revenge was more important than self-preservation. And if pacts of mutual security were made, they were entered into by the two parties only in order to meet some temporary difficulty, and remained in force only so long as there was no other weapon available. When the chance came, the one who first seized it boldly, catching his enemy off his guard, enjoyed a revenge that was all the sweeter from having been taken, not openly, but because of a breach of faith. It was safer that way, it was considered, and at the same time a victory won by treachery gave one a title for superior intelligence. And indeed most people are more ready to call villainy cleverness than simple-mindedness honesty. They are proud of the first quality and ashamed of the second.

Love of power, operating through greed and through personal ambition, was the cause of all these evils. To this must be added the violent fanaticism which came into play once the struggle had broken out. Leaders of parties in the cities had programs which appeared admirable—on one side political equality for the masses, on the other the safe and sound government of the aristocracy—but in professing to serve the public interest they were seeking to win the prizes for themselves. In their struggles for ascendancy nothing was barred; terrible indeed were the actions to which they committed themselves, and in taking revenge they went farther still. Here they were deterred neither by the claims of justice nor by the interests of the state; their one standard was the pleasure of their own party at that particular moment, and so, either by means of condemning their enemies on an illegal vote or by violently usurping power over them, they were always ready to satisfy the hatreds of the hour. Thus neither side had any use for conscientious motives; more interest was shown in those who could produce attractive arguments to justify some disgraceful action. As for the citizens who held moderate views, they were destroyed by both the extreme parties, either for not taking part in the struggle or in envy at the possibility that they might survive.

As the result of these revolutions, there was a general deterioration of character throughout the Greek world. The simple way of looking at things, which is so much the mark of a noble nature, was regarded as a ridiculous quality and soon ceased to exist. Society had become divided into two ideologically hostile camps, and each side viewed the other with suspicion. As for ending this state of affairs, no guarantee could be given that would be trusted, no oath sworn that people would fear to break; everyone had come to the conclusion that it was hopeless to expect a permanent settlement and so, instead of being able to feel confident in others, they devoted their energies to providing against being injured themselves. As a rule those who were least remarkable for intelligence showed the greater powers of survival. Such people recognized their own deficiencies and the superior intelligence of their opponents; fearing that they might lose a debate or find themselves out-maneuvered in intrigue by their quick-witted enemies, they boldly launched straight into action; while their opponents, overconfident in the belief that they would see what was happening in advance, and not thinking it necessary to seize by force what they could secure by policy, were the more easily destroyed because they were off their guard.

Certainly it was in Corcyra that there occurred the first examples of the breakdown of law and order. There was the revenge taken in their hour of triumph by those who had in the past been arrogantly oppressed instead of wisely governed; there were the wicked resolutions taken by those who, particularly under the pressure of misfortune, wished to escape from their usual poverty and coveted the property of their neighbors; there were the savage and pitiless actions into which men were carried not so much for the sake of gain as because they were swept away into an internecine struggle by their ungovernable passions. Then, with the ordinary conventions of civilized life thrown into confusion, human nature, always ready to offend even where laws exist, showed itself proudly in its true colors, as something incapable of controlling passion, insubordinate to the idea of justice, the enemy to anything superior to itself; for, if it had not been for the pernicious power of envy, men would not so have exalted vengeance above innocence and profit above justice. Indeed, it is true that in these acts of revenge on others men take it upon themselves to begin the process of repealing those general laws of humanity which are there to give a hope of salvation to all who are in distress, instead of leaving those laws in existence, remembering that there may come a time when they, too, will be in danger and will need their protection.